Let the magic of our one of a kind witch balls protect your home.

What is the History of Witchballs?

Witch's Balls have been very popular since the 18th century. First in England, then in New England, but their actual origin is considered to be much older.  For well over 3 centuries hollow glass spheres have been hung in windows to ward off witch's spells, evil spirits and ill fortune.  Hanging these decorative glass balls in the window or on the porch is thought to tantalize mischievous spirits which may be threatening a home's tranquility.  The wayward spirit is mesmerized by the ball's reflective beauty.  When the spirit touches the sphere it is absorbed and trapped in the web-like strands of the glass inside the ball, deemed forever harmless. 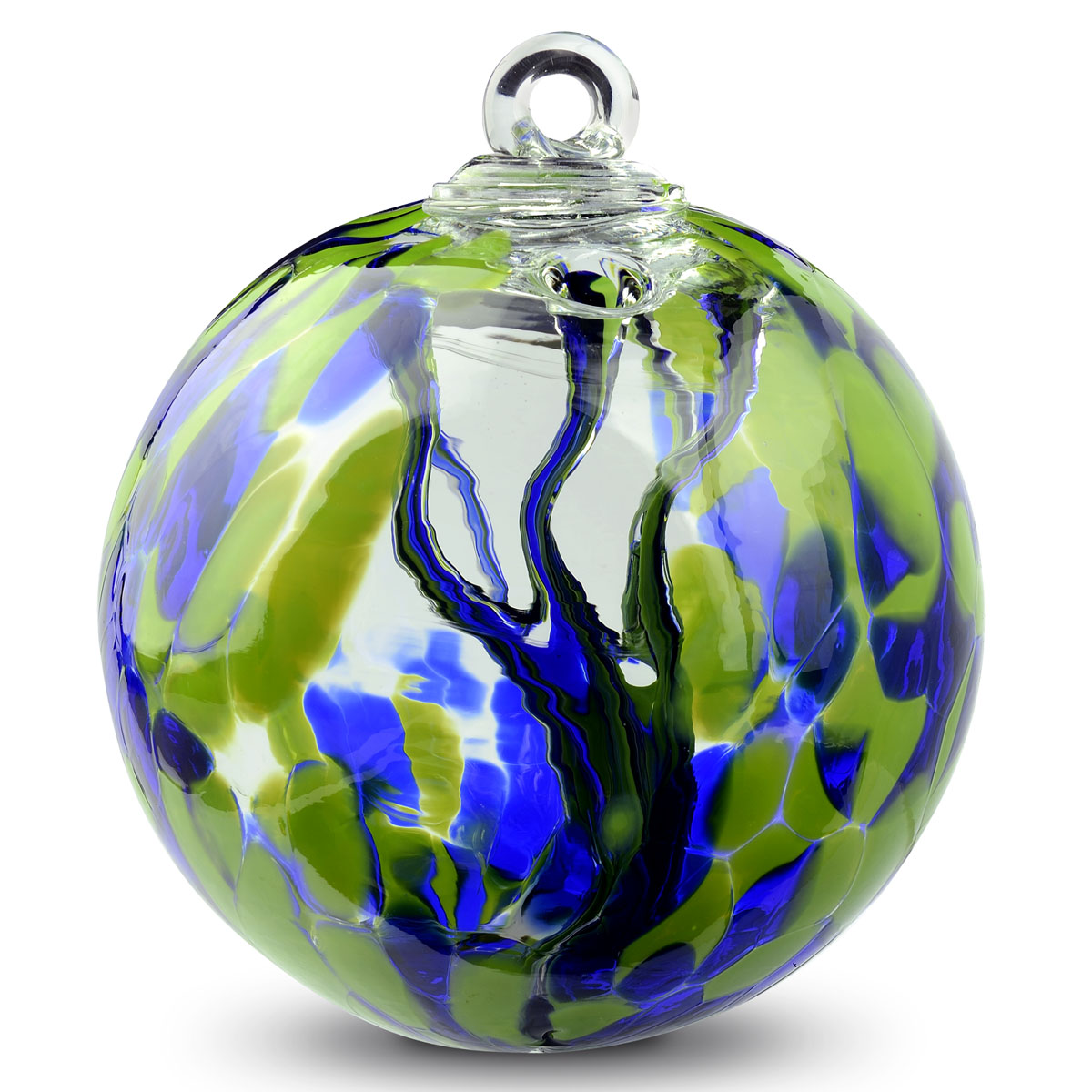 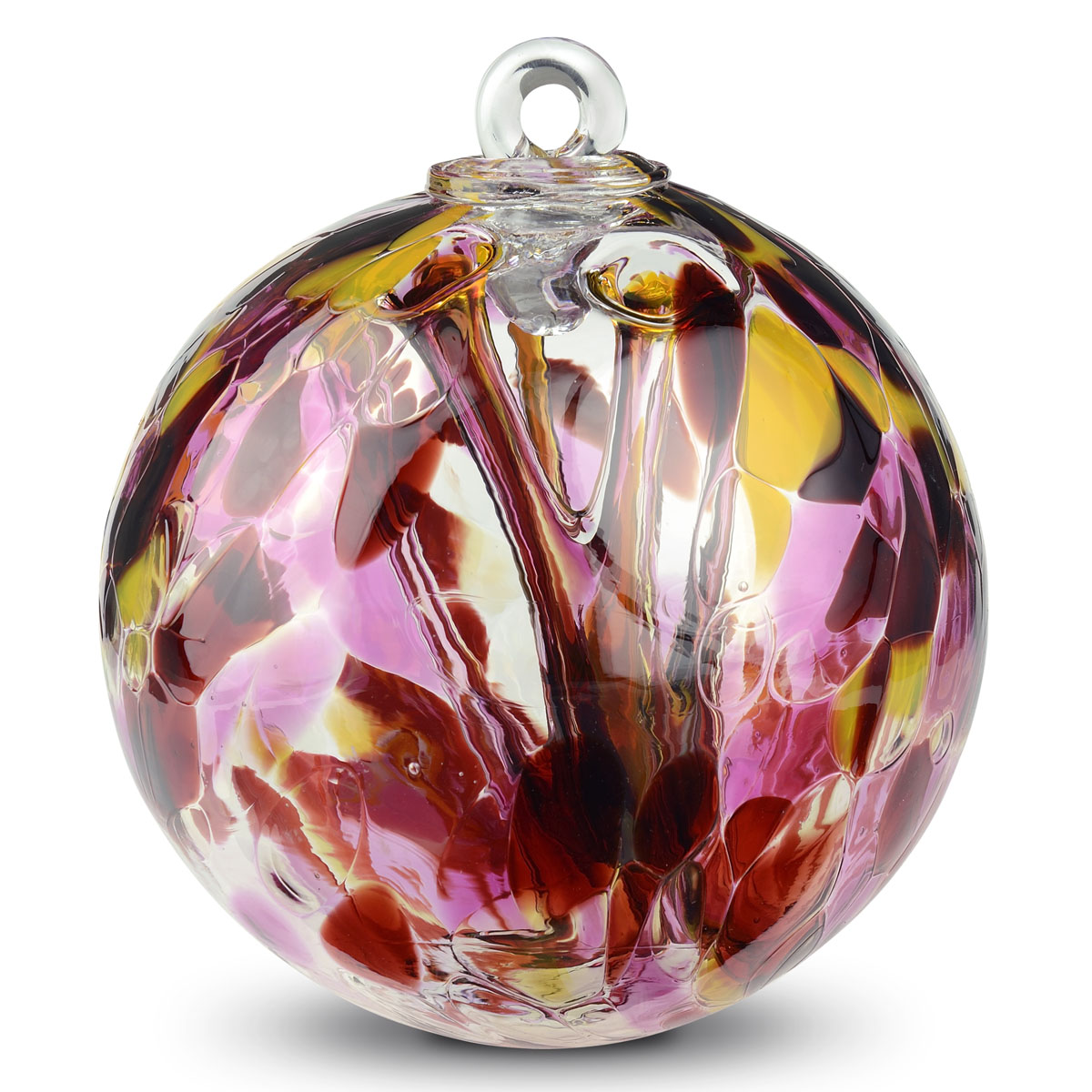 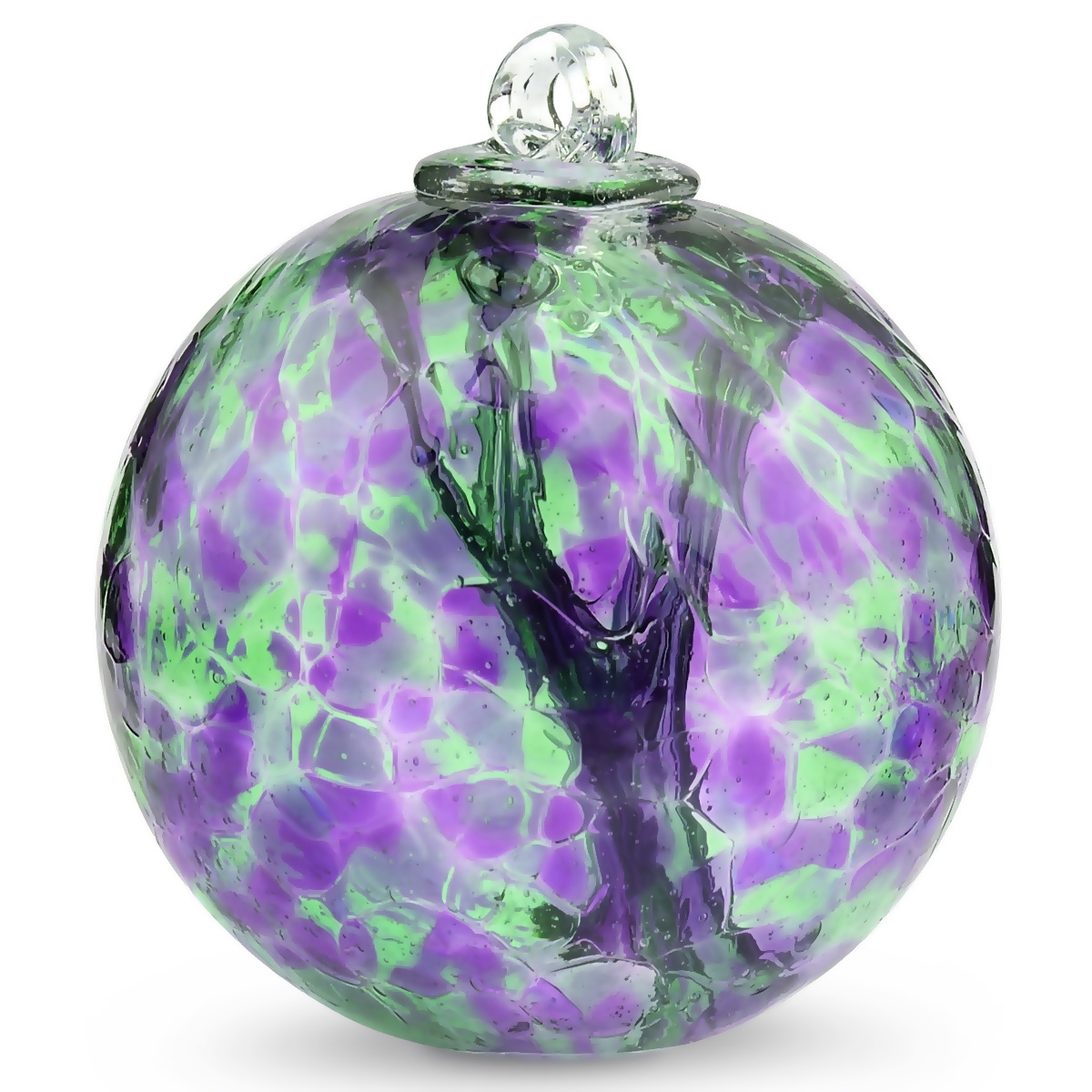 A witch ball or speculum was a device used for scrying or divining things.  Sometimes the speculum was a magic mirror, a polished stone, or a crystal ball.  Some witches fashioned specula from black bowls filled with water.  By gazing into the reflective depths, a witch could find answers to urgent questions, predict future events, or see faraway places.  In maritime villages, witches sent out the glass globes fishermen use to hold their nets afloat.  The globes were usually made of dark blue or green glass and appeared quite innocuous.  Biddy Early, a well-known Irish witch, had a favorite blue glass bottle with which she used to view the future.

Witch balls measure up to seven inches in diameter, and are occasionally decorated with enameled stripes and swirls or varying colors.  Some are mirrored for use as convex mirrors.

Crystal gazers sometimes claimed they used balls to see the spirits of dead souls that had been banished.  Therefore, the seer was thought to be dealing with spirits.

Hollow glass balls have been suspended in the windows of homes for centuries to ward off evil spirits. Legends say that evil spirits are attracted to the beauty of the ball, and upon touching its surface they are pulled inside and become forever trapped within the glittering web, thus protecting the home from any harm.

Now commonly known as "Witch Balls", these colorful glass balls originated in England during the 18th century, as people hung them in their windows to ward off demons and their evil spells.  Let the magic of our glass artists protect your home.